From strategy to technology - everything you need to know as an IT architect. Are you working as an IT architect, student, developer, CTO, or IT professional? If so, this book will help you understand how IT architecture can address complexity in your organization and teach you about common concepts, methods, tools, models, and frameworks involved.

Story of the book. 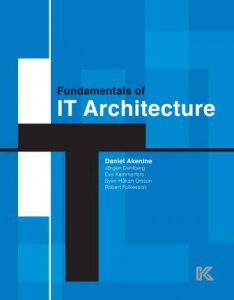 The origin of Fundamentals of IT architecture is based on the codename Akropolis project that started in Stockholm 2013. The goal of the Akropolis project was to create an atlas of IT architecture that reflected the essential topics at the time. The project was run by a team of six editors with the support of approx. 40 authors, reviewers, and domain experts. The result became the initial Book of IT architecture from Hoi Publishing, which was released with the partners Centiro, IASA, Microsoft, and the Swedish Computer Association. In 2019, a big investment in a two year rewrite project was initiated by the Knowledge House , the lead editors and an editorial team in UK with the goal to create an updated atlas reflecting changes in technology and modern business. The resulting new Fundamentals of IT architecture was released worldwide in May 2021.

We would like to thank all contributors, reviewers, and partners to this book. Without them this book would never have been written.

Thanks to Cecilia Pettersson at PICA Design for the fantastic work on design and graphics,  Jo Ciriani at Spaghetti Agency for massive effort with the editorial work and Lars Rambe, Carola Rääf and Madeleine Olofsson for all the great work at the Knowledge House. Also thanks to our partners IASA, The Swedish Computer Society, Microsoft, Centiro, Skill-IT and Waymark that believed in us and supported the production of the books from start to finish. 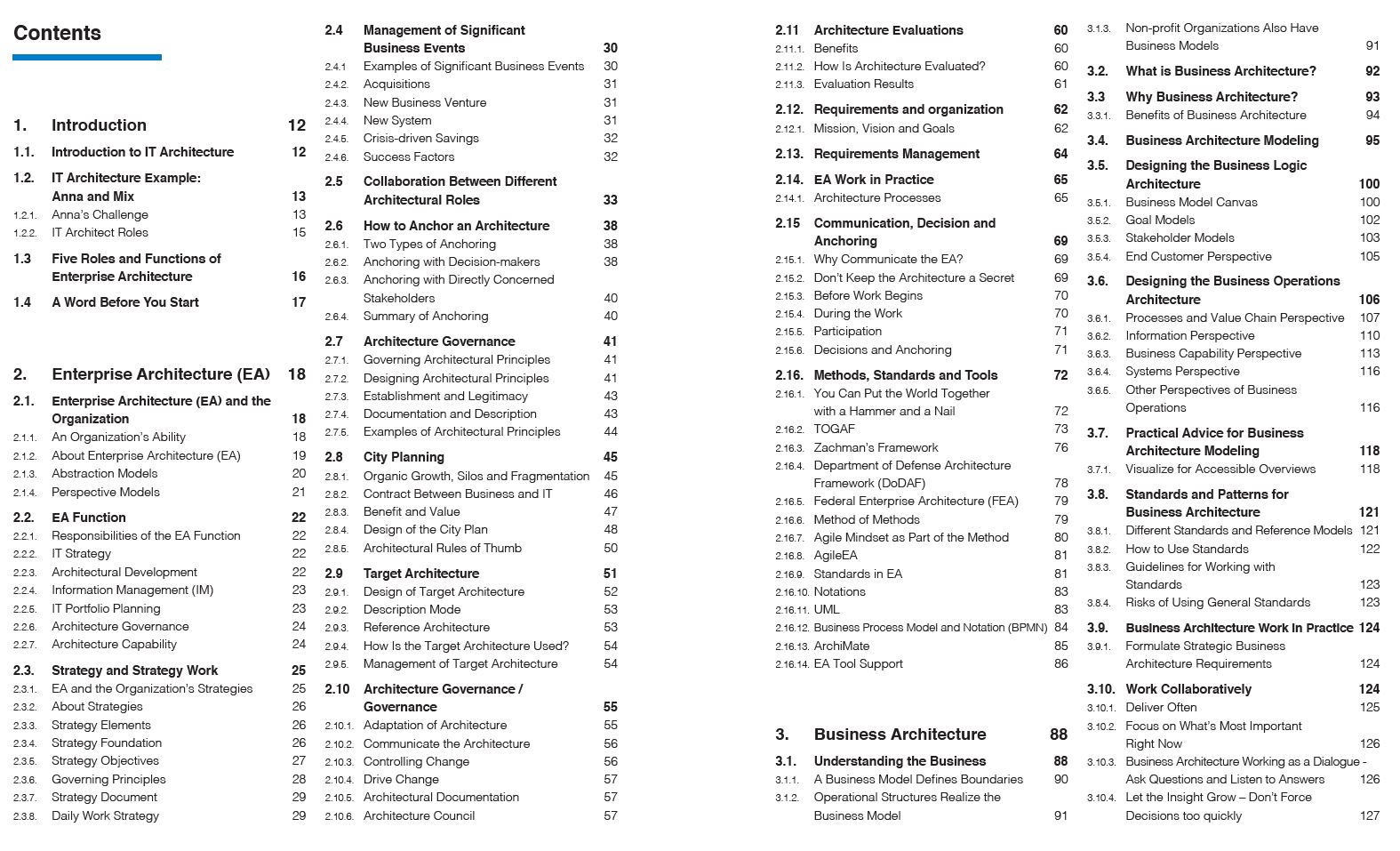 Lead authors of the book

Daniel Akenine
Master Editor
Daniel Akenine is a physicist, lecturer, writer, and former neuroscientist at Karolinska Institutet in Stockholm. He works for Microsoft, specializing in the impact technology has on society. In 2015 he was appointed IASA Fellow, a recognition by IASA Int, the international IT architect association. He is a member of ISO’s international expert group for cloud standards, co-founder of two technology companies and holds patent applications in Europe and the United States in applied cryptography. Daniel is one of ten advisors to the Swedish Minister of Digitalisation and is also an established fiction writer with the latest novel “11 grams of truth” about privacy and power in our modern society.
Eva Kammerfors
Editor Business Architecture
Eva Kammerfors is a business and enterprise architect. She specializes in architecture management and governance, as well as program management, change leadership and process development. Eva is a Senior Advisor and owner of network organization Teama AB, where she acts as a mentor and leader in companies and organizations using architecture as a tool for transformation. Eva is an engaged speaker in the architect community, educates in business and IT architecture and certifies Chief Architects at the Computer Society.
Sven-Håkan Olsson
Editor Solution Architecture
Sven-Håkan Olsson is currently working mostly with services like styrelsemote.se for different types of boards, and with secure messaging. Otherwise, he works as an independent consultant at Definitivus, interested in combining business development with technological edge. Sven-Hakan is a co-founder ofthe public company Knowit where he also was chief technology officer in 1990 – 2003. Moreover, he educates at the Swedish Computer Society and has been named one of the “top developers in Sweden” by the magazine Computer Sweden.
Robert Folkesson
Editor Software Architecture
Robert Folkesson has been building and designing Internet based and distributed systems for over twenty years. He holds the position as CTO of Active Solution - a consulting services firm focusing on helping customers build cloud and AI-based solutions. He is passionate about technology and how the digital transformation is changing our way of living, how we work and how our society functions as a whole. Robert is deeply involved in the developer community and a frequent speaker and advisory board member at conferences like DevSum, MS Ignite and Swetugg.
Jörgen Dahlberg
Editor Enterprise Architecture
A former software engineer and later Enterprise Architect, Jörgen specialized in databases, content management, and software architecture, and later, technology strategy and business process development. He has co-founded three successful companies and was the driving force behind the Certified Chief Architect program at DFK in Stockholm. Jörgen is a passionate ski builder and seeker of the perfect turn

Case studies – how organizations use IT architecture in their business.

Centiro is a software company with more than 400 employees, developing solutions empowering marquee brands and supply chains in 125+ countries. IT-architecture has always been an essential factor to manage the fast-growing company, both in employees and offered software solutions.

END_OF_DOCUMENT_TOKEN_TO_BE_REPLACED

Skill-IT Consulting Gothenburg was founded in 2004 to address the need in the industry for senior expert consultants. They are a pure consulting company with a focus on software development. The coronavirus that ran amok in 2020 changed the playing

END_OF_DOCUMENT_TOKEN_TO_BE_REPLACED

Waymark is an IT-consultant company founded in 2010 with 37 employees. Consultants are system developers and work either as backend developers with the JAVA platform or as front-end developers focusing on JavaScript. More experienced consultants work as IT-architects, DevOps-consultants, or